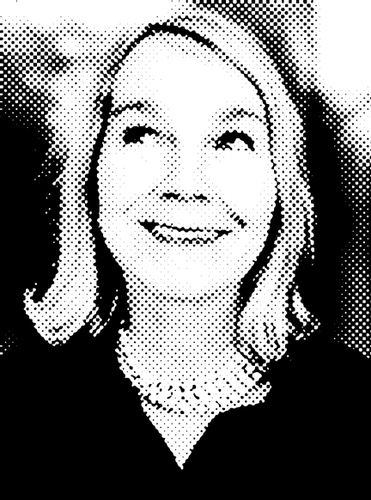 Melissa Hawkins is a multi-disciplinary visualist. Her photography was featured in a  solo photography exhibit at the San Francisco GLBTQ History Museum titled; SoMa Nights: The Queer Club Photography of Melissa Hawkins 1986-1994. It ran from February 15 through May 20, 2019.

The Oakland Museum of California (OMCA)
purchased the catalog she produced for the show as an addition to the Queer California exhibition.

Melissa has started several small businesses including owning and operating a black and white photo booth in San Francisco's SOMA nightclubs and creating a tactile faux fur postcard product line called Hairmail for which she developed the manufacturing process that included screen printing, adhesion, and die-cutting.

Her artwork has been featured in group and solo exhibitions at the New Langton Arts, LincArt, Flash Art and Frisbee Street Galleries. Melissa was awarded a “best idea” cash prize from the San Francisco Renaissance Center and selected as a finalist in the SF Weekly Mastermind competition. She co-created the sustainability-themed interior for the Sundance Channel and Lexus Hybrid Living event.